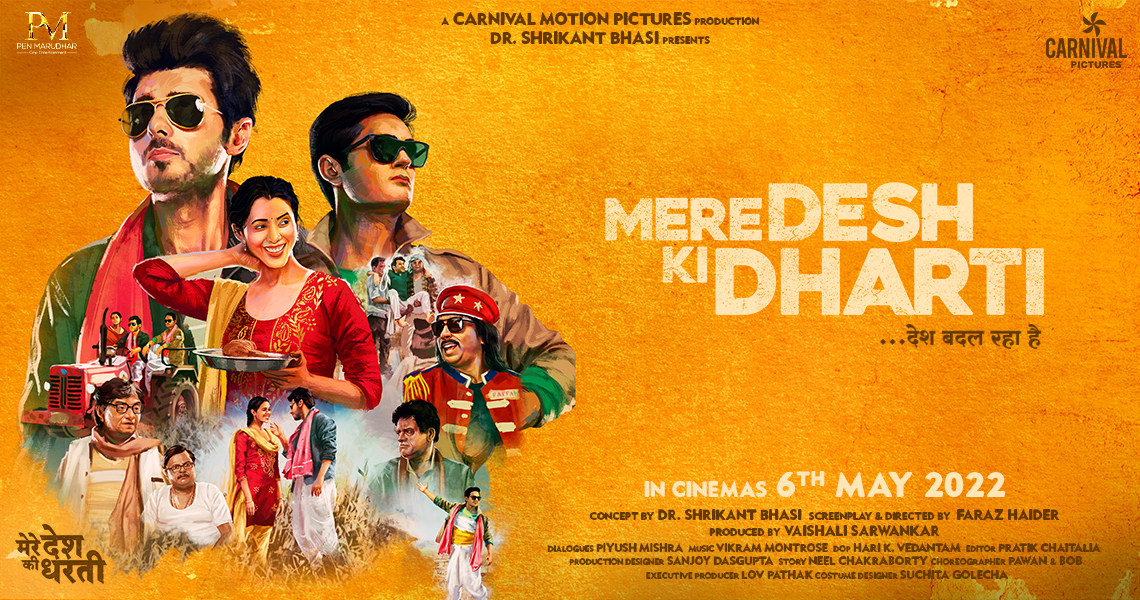 Ajay and his pal Sameer represent the contemporary state of today's youth.their confusions, insecurities, dreams, decisions, and dilemmas.  Both are struggling to make it.large’ in their lives. After his Mechanical Engineering degree. for the remaining story you have to watch Mere Desh Ki Dharti.

Edakkad Battalion 06 is the story of a BSF Jawan and events that unfold during his visit to his village. The movie captures his journey wherein he inspires young boys from the village. The movie will be released soon in 3rd quarter of 2019. The movie features Tovino Thomas & Samyuktha Menon in lead cast.

Sachin: A Billion Dreams is a 2017 film based on life of Indian Cricketer "Sachin Tendulkar". Sachin Tendulkar himself starred in the movie, narrating the movie. It captures Tendulkar's cricket and personal life in substantial detail, as well as reveals few aspects of his life which have never been heard of or seen before.

Mudhugauv is a 2016 Malayalam caper comedy film. It stars Gokul Suresh and Arthana in the lead roles.

Adi Kapyare Kootamani is a 2015 Malayalam comedy horror film. It stars Dhyan Sreenivasan and Namitha Pramod in the lead roles.

Hangover is a Malayalam film. It stars Maqbool Salmaan and Shine Tom Chacko in the lead roles.